A painter known for his works which often depict nature, André Brasilier, has spent more than half a century creating canvasses that are a blend of abstraction, expressionism, and something distinctly his own. His works often feature themes and motifs like horses, music, and women.  André Brasilier, whose parents were also painters, was born in 1929 in Saumur, France and showed a natural inclination for painting from his youth. The artist entered the Ecole des Beaux-Arts at the age of 20, making an incredibly long and unique artistic career which remained distinctive throughout the years. 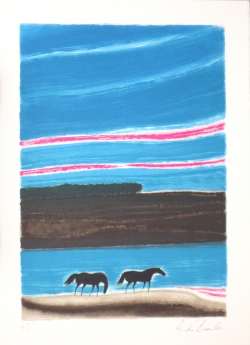 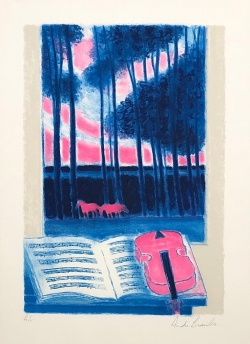