William was born in Johannesburg and studied a BA at Wits University majoring in Politics and African studies.  From 1976 – 78 He studied at the Johannesburg Art Foundation under Bill Ainslie.  From 1981 – 82 Kentridge studied at Ecole Jacques I eqoq, Paris, studying mime and theatre.  William has several awards 1987 Standard Bank Young Artists Award, 1987 Vita Quarterly Award Winner and the list goes on.

He has participated in many group exhibitions in South Africa from 1974, as well
as one in Paris and one in New York. He has also had plenty solo exhibitions.

Bunch of Flowers in Vase 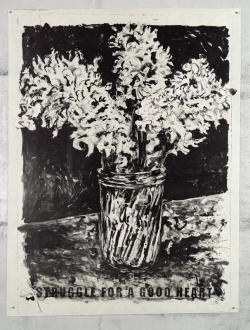 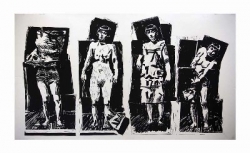 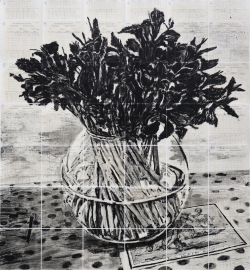 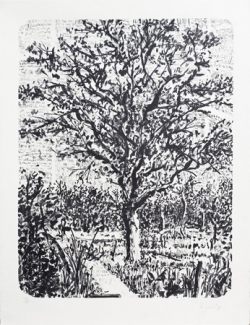