British master painter, printmaker, designer and sculptor, Allen Jones is regarded as one of the leading artists of the POP movement.  Trained at the Hornsey College of ART and the Royal College of Art, Jones was one of the exponents of the popular Young Contemporaries exhibition.

He was criticized and at the same time admired for his life-sized sculptures depicting women served as furniture.

In 1969, he designed the sets and costumes for the legendary show "Oh Calcutta".

One Night Only, Form Sheet Music 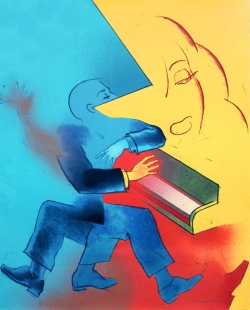 The Glade (From the Island) 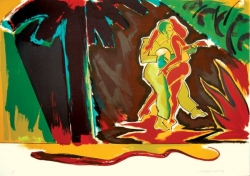