Sam was born in January 1955 in Payneville, Springs, South Africa.  In 1978 he completed a two year Fine Art course at Rorkes Drift Art Centre. From 1981 onwards he participated in several group shows across South Africa.  In 1986 he participated in a Group Show in West Germany.
He then had an exhibition at the Academy Gallery, Paris, France with artists such as Gerhard Sekoto David Koloane, and Tony Nkotsi

In 1995 Sam had a Solo exhibition at the Goodman Gallery, Johannesburg. He has gone on to do several commissions and has been awarded several times.  In 1994 he was awarded Standard
Bank Young Artist.

In early 1996, Sam visited a number of coal, diamond and gold mines in South Africa. He spent time underground, interacting with the miners who inspired him to do this series. Through these images he seeks to give dignity to the frequently forgotten miners whose lives are spent unearthing the mineral wealth of South Africa. 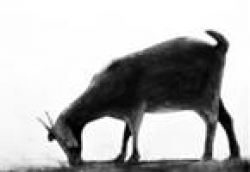